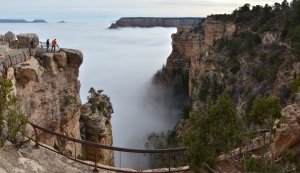 There I was, a capricious sixteen-year-old boy, holed away at my desk, reading line after line of Anne Sexton’s poetry. Strange as it sounds, the autobiographical work of this depression-laden adult female writer spoke to me. Shouldn’t I have been reading Dylan Thomas or Ernest Hemingway instead? I was, but I was also reading Sexton, mesmerized by the window into her mind that her poetry afforded.

Even now as I return to her work as an adult, I’m startled and enchanted by how openly she probed her own tempestuous interior life. Critics often cornered Anne Sexton’s poetry as merely confessional, but others later defended the artistry with which she expressed her autobiographical turmoil. At the very least we can say that her work contained more honesty than artifice, which is not to say she lacked technical skills of an accomplished poet. Both the number of awards she garnered and the popularity of her work attest to her abilities.

“The Big Heart” captures both sides of this critical discussion. From the start we see an incredibly transparent persona offering us a litany of those she is thankful for, actual names of actual people she esteemed for their willingness to give whatever it is she needed. But we also see wonderful imagery (the sea’s fingers on the shore), several similes (doubt as hollow as the Grand Canyon), and biblical allusions (the metaphorical staff, the slain ram). These allusions and the references to God should not surprise us–the poem was written not long before her suicide, and many of the poems she wrote during this time demonstrate a violence (death), but also a spiritual seeking (the afterlife). Notice in the final lines that love arrives, but it does so with fury in a monstrous heart.

The Big Heart
Too many things are occurring for even a big heart to hold. – from an essay by William Butler Yeats

Big heart,
wide as a watermelon,
but wise as birth,
there is so much abundance
in the people I have:
Max, Lois, Joe, Louise,
Joan, Marie, Dawn,
Arlene, Father Dunne,
and all in their short lives
give to me repeatedly,
in the way the sea
places its many fingers on the shore,
again and again
and they know me,
they help me unravel,
they listen with ears made of conch shells,
they speak back with the wine of the best region.
They are my staff.
They comfort me.

They hear how
the artery of my soul has been severed
and soul is spurting out upon them,
bleeding on them,
messing up their clothes, dirtying their shoes.
And God is filling me,
though there are times of doubt
as hollow as the Grand Canyon,
still God is filling me.
He is giving me the thoughts of dogs,
the spider in its intricate web,
the sun
in all its amazement,
and a slain ram
that is the glory,
the mystery of great cost,
and my heart,
which is very big,
I promise it is very large,
a monster of sorts,
takes it all in–
all in comes the fury of love.

– from The Complete Poems of Anne Sexton by Anne Sexton, published by Mariner Books, 1999.